Are you an “Island Ticker?”

“Island Tickers” are travelers with a burning desire to visit islands on which no one else has stepped foot. If inspired by this aspiration, nab one of the four remaining available cabins on a Heritage Expedition’s Russian research icebreaker (approximately 3-star) sailing on November 8 – December 2, 2012 from Western Australia to two of the most remote islands on the planet. 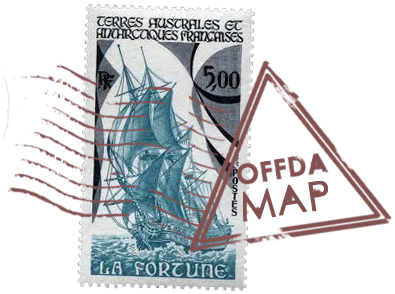 Cut through the icy waters to Heard andMcDonald Islands, terra incognita.  Deep in the South Indian Ocean, these two protected World Heritage sites, a mere 1,010 sea miles north of Antarctica, are rarely visited, and not at all for the past decade. Travel trophy of a lifetime.

A bird paradise too: Penguins are the most populous: King, Gentoo, Macaroni and Eastern Rockhoppers; plus three species of albatross, and burrowing petrels.

Small expedition ship cruises make penguin viewing a breeze. To see masses of these sturdy, remarkably tough guys, fully decked out in tuxedoes 24/7, is a thrilling sight.  Low-impact small ships are designed for comfort and carry only 49 to 149 guests max. Their ice-strengthened hulls can navigate in and around the ice and deep into protected coves and bays. Onboard, expedition leaders present penguin life and lore in fascinating programs and during shore excursions. And depending on the cruise, guests can often ski, camp, snowshoe and kayak among these friendly creatures.

There are 17 species of penguin, most of which live in the Southern Hemisphere, home base to six stellar species: the Adelie, Chinstrap, Emperor, Gentoo, King and Macaroni.  “The dream of encountering penguins, most marvelous creatures, in their natural wild habitat is the holy grail of wildlife adventures,” says Todd Smith, pioneer, founder and director AdventureSmith Explorations.  His is an active travel company that matches up adventure-seeking travelers with the right expedition ship and itinerary –intimate, boutique ships that may be under the radar of most travel searches. Think of AdventureSmith as a Match.com for penguin lovers.

Multi-award winning (including National Geo’s 50 Trips of a Lifetime), California-based AdventureSmith Explorations is the global leader in adventure cruise vacations. For a dazzling array of trips click: www.adventuresmithexplorations.com. Or phone: 800-728-2875